The Brilliant Idea From Europe That Could Revolutionize Child Support

Walter Scott, a father to four children, was shot dead by a police officer later charged with first-degree murder while running away from him. One of the many questions some asked after the news of the shooting broke in the national press was why he might flee such an encounter. His family said it was because he owed so much in unpaid child support. “I believe he didn’t want to go to jail again. He just ran away,” Walter Scott Sr. told the press.

If this is why Scott ran, his fear wasn’t necessarily unfounded. At least one in eight incarcerated South Carolinians were jailed over the last decade after failing to pay child support, and across the country as many as 50,000 parents may end up behind bars for the same reason. This punishment is perhaps the most extreme end of the aggressive measures states use to go after noncustodial parents who don’t pay up, which also include wage garnishment, revoking driver’s and professional licenses, and taking away passports.

But this strategy doesn’t necessarily help the parents who need child support, usually single mothers, and does little to help the fathers get jobs that pay enough to allow them to send money to their kids. A jailed father can’t earn any income, but his child support debts often keep accruing. Many states don’t allow people to reduce or suspend their child support obligations while they’re in jail, so they end up leaving with $15,000 to $30,000 in debt. They also face a more difficult time finding employment when they get out.

Yet child support is a vital source of income for custodial parents, and single mothers are particularly likely to be poor, with more than 40 percent of them living in poverty. Among poor parents who actually receive child support, it makes up four-tenths of their income. But just 43.4 percent got the full amount they were owed in 2011; on average, parents are owed an unpaid $2,281.

So what could be done to better ensure single mothers get the money they need to help them raise their children while reforming a system that penalizes poor fathers who can’t pay?

He thinks this model could significantly improve the system if the United States were to take the same tactic. “From the perspective of the children, I would say that’s the single most important thing that could be done,” Garfinkel said.

Any such reform, however, would also have to be paired with changes to how we calculate what noncustodial parents owe. American fathers have the highest obligations among 14 of the richest countries, even if they are poor or unemployed (in eight countries, an unemployed father doesn’t owe anything). The U.S. is one of four that doesn’t exempt some portion of the noncustodial parent’s income for basic living expenses. Only five countries are so extreme as to jail fathers who don’t pay.

Garfinkel proposes making sure the obligation is always a percentage of the noncustodial parent’s income. “That would protect the fathers,” he said. “If you express the obligations as a percent of income, it would automatically reduce the amount of harassment possible.” If a father has no income coming in, then he wouldn’t be obligated to pay and wouldn’t keep racking up debts as many do now. Mothers would also benefit in the long run, given that even a poor father’s income is likely to eventually increase down the road.

A guaranteed payment program, particularly one that doesn’t always try to recoup the costs from low-income fathers who can’t pay, would not come for free. But Garfinkel thinks the amount would be negligible compared to the benefits reaped. Even if custodial parents were guaranteed a payment as high as $3,000 a year, he estimated it would cost the government about $10 billion. Compared to the overall federal budget, “it’s not a big number and it would make a massive difference,” he argued. Poor mothers would not just have more income to invest in their children, but the stability of steady payments could be even more beneficial for children’s development.

Strangely, part of the American system was meant to act somewhat akin to Sweden’s for the very poorest, but today ends up being counterproductive. When welfare was reformed in the 1990s, one change enacted ensured that if a custodial parent gets benefits from Temporary Assistance for Need Families (TANF), any child support payments from the noncustodial parent are taken by the state, not doled out to the parent. “That was the basic concept of welfare,” explained Joan Entmacher, vice president for family economic security at the National Women’s Law Center, “that the state would pay public assistance and then collect child support and keep the child support to reimburse itself.”

Today, however, TANF payments are nearly all worth less than they were in 1996 and only reach a quarter of eligible families. Meanwhile, the system usually serves to discourage poor fathers from paying their obligations, given that they know their money isn’t going to actually make it to their children and the families aren’t usually getting an adequate amount of help from the state. As Elizabeth Lower-Basch, policy coordinator at CLASP, a policy organization for low-income people, put it, “Why on earth would you pay money to go to the state?”

There are also some efforts across the country to change the way that noncustodial parents’ support obligations are calculated. Currently, when courts hear from a father that he doesn’t have a job or enough money to pay support, some states still calculate the child support payment on his supposed earning capacity or deem that he voluntarily lowered his earnings by taking a lower paying job or even getting fired. And, of course, there is the fact that if a father ends up going to jail over unpaid support, he can still keep accruing debt while he’s there. The Office of Child Support Enforcement proposed changes at the end of last year that would base child support orders on actual earnings and income, not imputed income, and allow incarcerated people to modify their orders rather than treating it as voluntary unemployment.

Some states have also experimented with incarceration diversion programs that would allow noncustodial parents to enter into employment services rather than go to jail. Texas has one of the longest-standing programs, which has increased child support payments and made them more consistent, even after participants leave the program. The challenge, however, is that there isn’t any dedicated funding available to states to create these programs beyond diverting money from the TANF block grant they receive.

Some advocates are aiming higher, however. Jacquelyn Boggess, co-director of the Center for Family Policy and Practice, wants to get rid of the system for the poorest parents altogether. As a paper Irwin Garfinkel co-authored in 2010 notes, “A serious problem with the public child support system is that at its inception, the federal Office of Child Support Enforcement viewed itself exclusively as a law enforcement agency. As a result, fathers have been viewed as lawbreakers rather than clients.” The paper recommends shifting it to more of a social welfare agency than simply about the law.

Boggess’ group is pushing a recommendation to fundamentally change this dynamic: “Taking the poorest families out of the child support system and making sure their children get taken care of,” she said. She noted that the way the system works for these families now, both the custodial and noncustodial parents are assumed to be shirking. “Women are shirking [because they] need to get a job, and men are shirking so we put them in jail,” she said. Instead, she wants the system to “stop taking that perspective and take the perspective that they’re like the rest of us, they want to take care of their children.” That would mean instead creating programs for these families that would focus more on giving them a leg up: housing, income support, employment services. 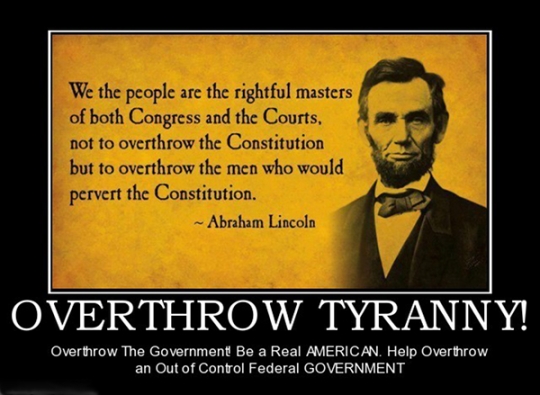 The War on Fatherhood in the United States