One of the worst examples of the discrimination that men face is with child support. Canada is no exception.

A Canadian judge has called a Nova Scotia businessman and developer one of the “worst deadbeat” dads in Canadian history. The judge sentenced him to four years in prison, adding a court fine of $384,000. Gotta make sure the corporate court has a little extra owed to it. Eh?

The National Post claimed that family court judge Theresa Forgeron (obviously an offended opportunistic feminist) said Vrege Armoyan’s “defiance spanned many years.” He owes a “shameful amount of arrears” racked up in a deliberate plan to hide money and to avoid paying support for his three children, ages 20, 18 and 15. (Shouldn’t two of those be emancipated?)

In typical fashion the judge aims at your heart strings – “His children struggle to survive while Mr. Armoyan has millions of dollars.” They are starving on a mere $9000 a month in child support that they have received like a slot machine. They don’t sound too hungry to me! What do you say?

As usual, the court debt is mostly imaginary. Armoyan was originally ordered to pay $29,000 a month in child support and alimony in 2012. He never paid the full amount. As a self-employed man of business, he is one of the few to claim that right. Instead, he opted to pay $9000 a month. The total arrears is $1,714,684.04, as well as owing over $1 million in court costs. I know who isn’t going to be in Canada – ever.

Naturally, a blood-sucking lawyer was quoted as being in full agreement with the court. Lawyers depend on the good favor of the court. They kiss the ring of a judge, a legalized mobster. Surprised? So why are you paying your lawyer so much to represent you? He must be good in bed, for someone anyway.

Armoyan reportedly notified the court via email (they actually admit receiving it) that he was no longer a resident of Canada but he failed to say where he had moved. Surprise. The email source indicated that the post was sent from the Middle East.

Originally, Armoyan reportedly fled from Florida to Canada because a court had sentenced him to 60 days in jail for failing to obey a child support court order.

The greed of the ex and the court is unrivaled, supported by the attorney of ex: “My client can’t afford groceries. She can’t afford to fly here for this hearing.” Perhaps she couldn’t afford the gas money to drive her limosine either. The bottom line? $9000 wasn’t enough for anyone. They pushed the issue and lost, putting themselves through some suffering.

To me, Mr. Armoyan is a hero. First, he’s self-employed and independent. He isn’t a slave to the court or a country. He isn’t afraid to make bold choices instead of simply caving to the state and an angry and ‘entitled’ ex-wife. Apparently, mom is a terrible money manager if she can’t manage on $108,000 a year, tax-free. The 18 and 20 year “children” should be emancipated. To the uninitiated, that means “on their own.”

The judge declared that Armoyan was guilty of “contempt of court.” Neither he, nor his attorney showed at a hearing last Friday. Doubtless, the attorney wasn’t paid to show, yet, his defiance is declared by his absence (not the attorney, he’s still kissing the ring). He “strategically and tactically” avoided payment and fled the country to avoid the unbounded greed of his ex-wife and the courts. Good for him. It’s a freakin’ gravy train against men in this part of the world.

Being in the Middle East in an unknown location in an Islamic state should be protection enough. I hope he finds a better life than being constantly stressed out by courts and a nasty ex-wife. Nobody deserves that lot.

In Entitlement America, The Head Of A Household Of Four Making Minimum Wage Has More Disposable Income Than A Family Making $60,000 A Year

Tonight’s stunning financial piece de resistance comes from Wyatt Emerich of The Cleveland Current. In what is sure to inspire some serious ire among all those who once believed Ronald Reagan that it was the USSR that was the “Evil Empire”, Emmerich analyzes disposable income and economic benefits among several key income classes and comes to the stunning (and verifiable) conclusion that “a one-parent family of three making $14,500 a year (minimum wage) has more disposable income than a family making $60,000 a year.” This excludes benefits from Supplemental Security Income disability checks. America is now a country which punishes those middle-class people who not only try to work hard, but avoid scamming the system. Not surprisingly, it is not only the richest and most audacious thieves that prosper – it is also the penny scammers at the very bottom of the economic ladder that rip off the middle class each and every day, courtesy of the world’s most generous entitlement system. Perhaps if Reagan were alive today, he would wish to modify the object of his once legendary remark.

Almost all welfare programs have websites where you can call up “benefits calculators.” Just plug in your income and family size and, presto, your benefits are automatically calculated. A one-parent family of three making $14,500 a year (minimum wage) has more disposable income than a family that makes $60,000 a year. If the family provider works only one week a month at minimum wage, he or she makes 92 percent as much as a provider grossing $60,000 a year.

The full-time $60,000-a-year job is going to be much more demanding than working one week a month at minimum wage. Presumably, the low-income parent will have more energy to attend to the various stresses of managing a household.

This is great food for thought. Now add child support into the equation on either side. The more promiscuous you are, the more you have the potential to be rewarded if you are benefits dependent. Add disability to the promiscuity and you have a gold mine that is the envy of the third world, comparable to those that work hard for their money. A disabled child is also a great mix for extra pocket cash, especially if that child doesn’t require constant supervision. Children are great money makers in either the entitlement system or the middle class work-off-your-butt model…and the custodial parent or guardian always gets the gold. 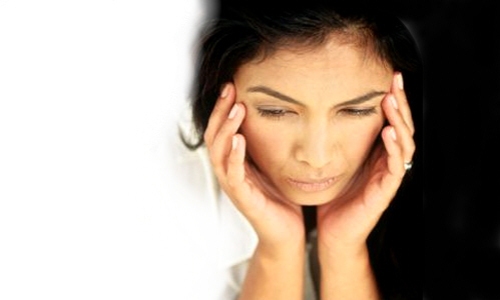 Unhappiness is growing like a festering sore in one segment of American society and the media is taking notice. (Surprise) Who is it? It’s women. According to study after study, women across the globe are becoming more and more unhappy. Considering all the gains and power that women have made over the last five decades, a vexing question comes to mind: What in the world is going on with women? One thing is certain, many of them are coming after their men, breaking up families and destroying lives. They are encouraged to do so.

The happiness of women is trending downward as studied in a report by the Wharton School in Pennsylvania. Women have secured greater opportunity, greater achievement, greater influence and control and more money. The decline in their collective state of mind seems to defy logic on all levels.

Since 1972, the U.S. General Social Survey has asked men and women what would seem to be a very simple question: “How happy are you, on a scale of 1 to 3?” The survey includes a representative sample of men and women of all ages, education levels, income levels, and marital status. 1,500 yearly were surveyed for a total of almost 50,000 individuals today. What is revealed?

The drop in happiness is expansive.  The unhappiness remains whether they have kids, how many kids they have, how much money they make, how healthy they are, what job they hold, whether they are married, single or divorced, how old they are, or what race they are. The truth is that women are so unhappy because they continue to focus exclusively on themselves. Women have been trained to think that they can and should have it all without apology. Women are being manipulated by those with an agenda under false pretense in a massive power grab.

Why are women important to media, advocacy and government? “It’s not about you stupid!” It’s all about power and influence and it isn’t yours. The problem is that you believe what you are being told and have decided that it is time that “you get yours”. You are being led down the garden path!

You need to think beyond yourself. Chances are, you are just as abused by the world system as your man. So why are you taking everything out on him if he is an otherwise decent fellow? Instead of kicking your partner (partner in crime) in the teeth, rebel against the insanity of the system. Get a new life and get out of your trap, but take care of the ones you love or need to love instead of destroying everyone around you.  If you are in a relationship that works, you need to realize that government agenda and entitlement is not really on your side. There is no free lunch. You are being manipulated. You are being convinced that thinking only about yourself, your private parts or your money is the best thing for you on all levels.

Whatever the case, you need to stop feeling entitled and look closer at that “free lunch”. Anyone that offers you anything that destroys your family or beleaguers your kids will cost you dearly sooner or later. Remember… this is all about money and power. In the end, you will not have the power you think you do…and neither does government. When the people get tired of abuse, things happen. Look at history. Don’t assume that any institution will last forever because in the world of history, no agenda is truly forever.

The family will survive. Be a part of that. Wake up and change your life without destroying your family.